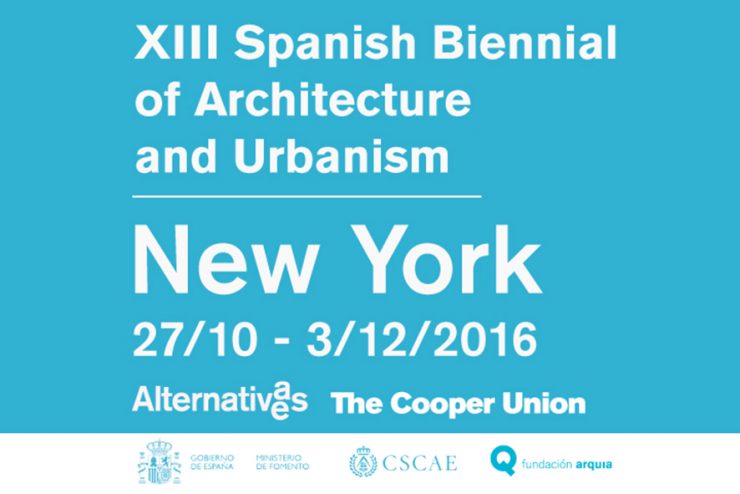 The 13th Spanish Architecture and Urbanism Biennial (BEAU) will be exhibited for the first time in the United States in Cooper Union’s Arthur A. Houghton Jr. Gallery. The exhibition, entitled Alternativas/Alternatives, features 22 jury selected projects completed between January 1, 2013 through December 31, 2015 by contemporary Spanish architects. The installation, which also includes an additional 20 shortlisted works, features large-scale image displays and audiovisual commentary about the winning projects, as well as drawing reproductions and architectural models.

Alternativas/Alternatives was previously exhibited at the Palacio de Carlos V of Alhambra in Granada, and it will be shown in The Irwin S. Chanin School of Architecture of The Cooper Union from October 27 to December 3, 2016.