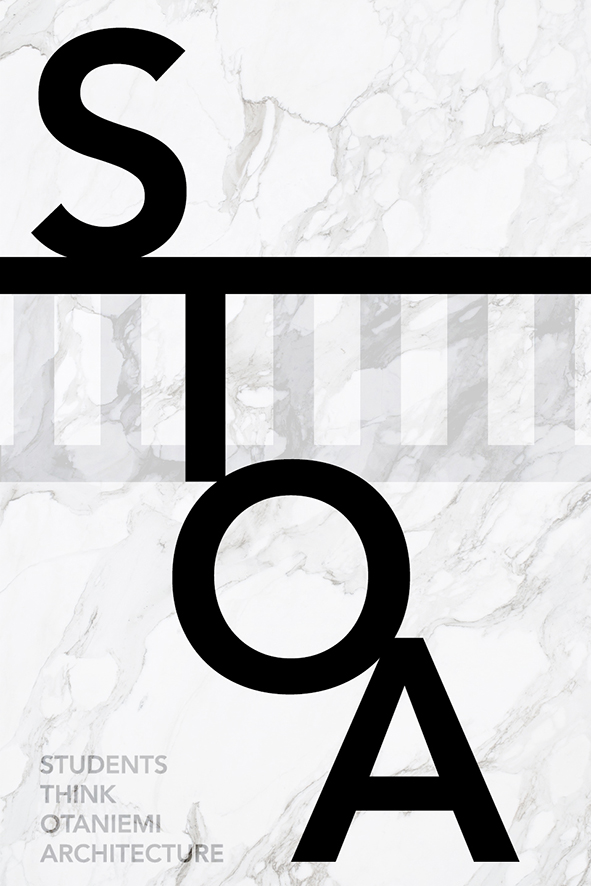 Stoa is the Greek term for a publicly-used outdoor, covered walkway where the public debate took place in ancient Greece. Generally framed by a wall, a roof and an open colonnade, the Finnish architect Alvar Aalto designed several stoas for the Otaniemi campus. Nowadays, when the Aalto University campus is being developed and rapidly transformed, students take an active role and influence the process through their architectural and urban design work. Aalto Stoa is a platform showcasing and placing value on their proposals, as well as enabling an open discussion on the campus development. At Aalto University Students Think Otaniemi Architecture.