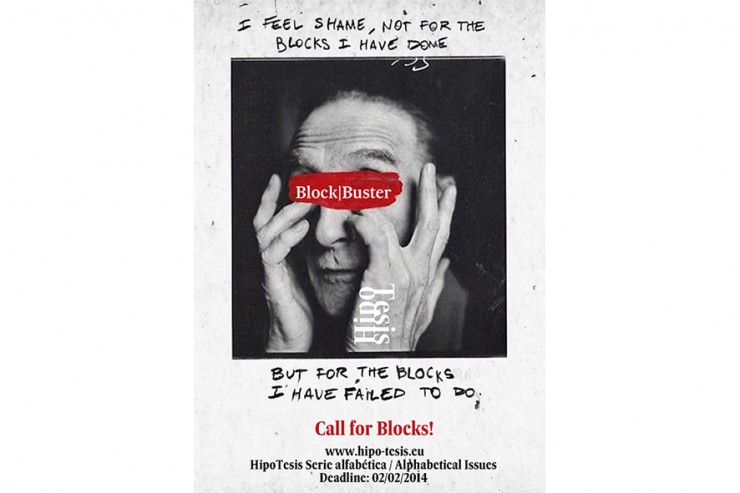 In November 1982 version 1.0 of AutoCAD was launched, and only two months later, included in update 1.4, the famous ‘blocks’ were introduced aimed at repeating a figure in a project or in various, contributing to its comprehension in scale and program. Thirty years later, all of us (as architects) have interiorised and acknowledged blocks as a familiar and essential tool in our practice.

Nowadays, however, despite their validity they have become inherited drawings, anesthetised and frozen in time; information that has ‘worn out’ its colours. They have become neutralized in the course of time because we haven’t made the effort of up updating them. As new individuals, more heterogeneous, we have acquired new habits and we get together differently. The scenarios and lifestyles, like it or not, have a new form compared to what is shown.

We believe in blocks, not only because of a fetish but also because they are key elements. They bring along stories deeper than what is depicted, transforming into narrative what is passive, building architectures, organising geometries, dimensions, programs and conditions. Blocks show the condition of the architecture portrayed, the moment of time in which we live and of the moment when it is used.

This is why we require new blocks belonging to the contemporary; critical and able to distance themselves from drawings of past eras, making architecture feel uncomfortable wherever it is placed. We address the difficult position of creating contemporary blocks that, in a functional manner, criticise the architectural references we make use of.

Therefore, using the HipoTesis layout, we invite contributors to generate graphic reflections represented through new blocks, present in architectures that put these reflections in crisis. We suggest a list of several blocks in different places with the first example done. Although we are waiting for your proposal to be surprised.

Download the call for papers and the first block example here.