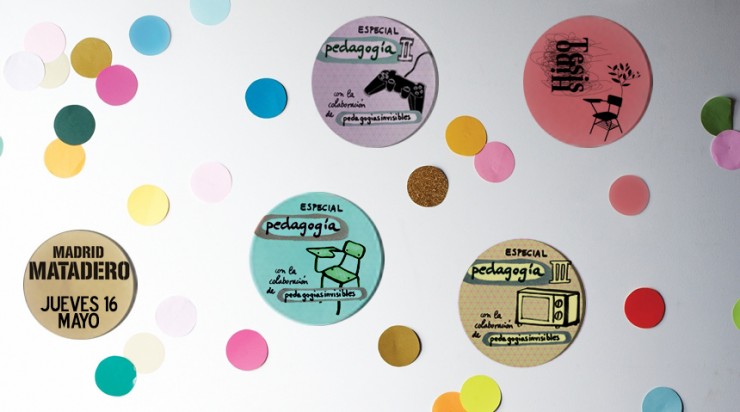 The collaboration between HipoTesis and Pedagogías Invisibles has closed its third cycle with the brand new third issue on Pedagogy. This collaboration officially began in March 2012 for Hipo L, which was published in July 2012. Since then, Hipo M in November 2012 and Hipo N in April 2013 were published on the same subject.

Due to a high number of texts received, the main Call for Papers was extended with three HipoTesis Alphabetical issues on Pedagogy, 44 authors, 5 special guests, 176 generated crosses, 18 most repeated words, 334 free downloads so far and 3270 prints on issuu. Numbers and statistics that allow us to think that this collaboration has been welcome. However, numbers and statistics do not satisfy us, but we think about connections generated between participants, and new and enriching reflections caused by this exchange.

What would happen if the virtual meeting of our participants will take real space and time? Would our common concern about Pedagogy blow new reflections and exchanges? Would new collaborations be created? New friendships and loves? Would more windows open up in the space-time of our lives?

We invite you to this meeting-party to join names and papers’ authors of these three issues from HipoTesis and Pedagogías Invisibles, on Thursday 16th May from 17h at Matadero Madrid.