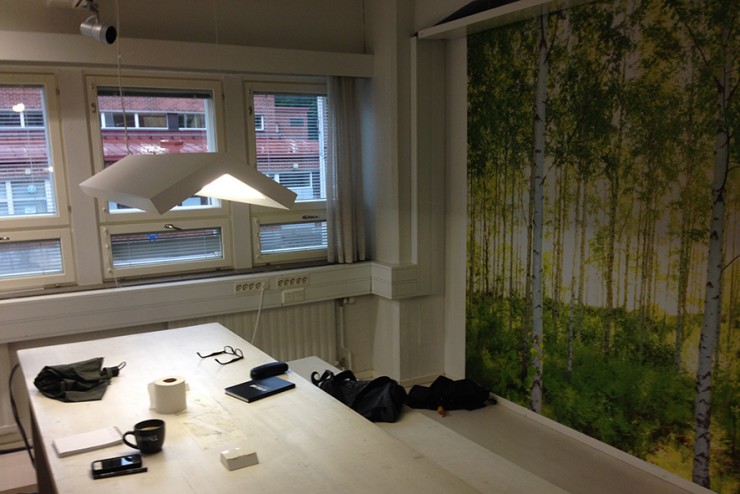 On August 27th and 28th I took part in the co-creation briefings for Human Cities, the project lead by Cité du design in Saint-Étienne where I participate with Group X at the Department of Architecture at Aalto University. The workshop was held at Design Factory, the most visited premises of Aalto University in Otaniemi campus, intended for accommodating start-ups or small businesses based on technology and innovation by entrepreneurs related to the university.

The project Human Cities_Challenging the City Scale 2014-2018 includes an experimentation to be performed in each of the cities that are project partners, which responds to the general theme of the project, challenging the city scale. In the case of Helsinki and Aalto University, the idea to implement in the experimentation will be related to the use optimization of existing buildings, and it is scheduled for the summer of 2017.

The goal of the experimentation, applicable to multiple architectural programs, will be based on the creation of a new concept of school based on the idea of ​​service architecture, which emphasizes the creation of a platform to facilitate the development of project-based learning, distributed in multiple locations within the community. The idea will be implemented from 2016 in the Otaniemi campus as a collaboration between Aalto University and the City of Espoo.

The co-creation sessions were led by Alice Holmberg, an expert in co-creation of the University of the Arts-Central Saint Martins in London, who visited Helsinki for two days to start the joint design of the experimentation.

You can find more information about the co-creation briefings in the project’s website of Human Cities, and in the event’s story by Alice Holmberg.