Paper presented at Conference on Housing 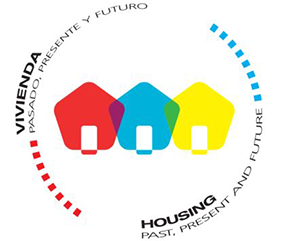 Presentation of the paper entitled Huts and Shelters. From Domestic Low-Tech to the Making of the Contemporary Fellow in the International Conference on Construction Research. Held in the Eduardo Torroja Institute for Construction Science in Madrid on 21st and 22nd November, the conference topic is Housing: past, present and future. The abstract of the paper is next:

The question of the determination of the beginnings of human hosting, of the first human habitation, has involved a long-lived discussion based in the interpretation of some historical notions of inhabitation associated to the myth of the primitive hut. The indeterminate location of this first house, hardly detectable by archaeology, has led to multiple interpretations whose scope has usually been related to the realm of hypotheses, normally belonging to the eternal relationship between architecture and nature. A research based on historical evolution in the notion of domesticity can clarify some ideas of contemporary domestic space. From the study and categorization of the historical impact of the myth of the hut, this paper intends to establish a taxonomy of contemporary accommodation models questioning archetypes before twentieth century.

On the occasion of Science Week, the Fundación Eduardo Torroja will be organising an international conference on construction research entitled “Housing: past, present and future”, in conjunction with the Eduardo Torroja Institute of Construction Science, the Fundación Juanelo Turriano and the Technical University of Madrid. The conference is being called to support research, history and innovation and to raise public awareness of the importance of these disciplines and of their transmission through education. Following in the footsteps of Eduardo Torroja, the conference will revolve around a philosophy and praxis that advocate a view of architecture and engineering as parts of the same engine, built in the factory of innovation and serving society by driving progress. The conference will be a forum for international reflection and debate on the past, present and future of housing, the prime architectural space for social well-being. The general theme will be its evolution and its fate in today’s world, in which sustainability and the generation of clean and inexpensive energy are regarded as keys to ongoing development The intention is to encourage dialogue among researchers, professionals, builders, ancillary industries and the university, sharing experiences and building relationships among the various actors involved in the development required by a society characterised by relentless change. The conference will consist of two full-day sessions, on 21 and 22 November 2013, held at the Eduardo Torroja Institute for Construction Science. Oral lectures and communications may be delivered in any language, although for publication in the proceedings, written communications must be submitted in Spanish or English, with bilingual (Spanish/English) abstracts. The attached brochure includes conditions relating to such communications. The conference organisers will draw up the final programme on the grounds of the specific topics addressed in the communications submitted, with any necessary subdivisions or regroupings. The Fundación Eduardo Torroja encouraged to participate actively in the conference, sending communications.